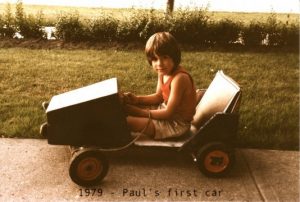 After spending most of his waking life working to fuel his passion for cars, particularly the BMW brand, Paul decided to finally flip that coin on its head and start to have his cars work for him. Thus, SHIFT Motors was born, incorporated in 2010, and operated as an OMVIC registered motor vehicle dealer focusing on the acquisition and sale of luxury passenger vehicles, particularly the BMW, MINI and LOTUS brands.

To have Paul describe it would sound more as if he was a foster parent finding loving homes for his kids, first rescuing them from previous abandonment (off-lease), grooming them, nurturing them and placing them with carefully selected and screened fellow enthusiasts of a similar mind.

With an automotive and transportation career spanning over 30 years, Paul has held positions with Ford, Volvo, Mercedes-Benz, and lastly with BMW Canada in a corporate sales manager position before branching out on his own to start SHIFT Motors with his sister Mandy who is still with him today, 10 years later as the office manager.

The two siblings opened their first office in a makeshift attic storage room in an existing dealership in Milton with room to display a few cars in a back corner of the lot.  Word of mouth and referrals quickly grew the business and within a year SHIFT moved to Burlington where they operated for almost 10 years before rebranding to SHIFT Electric Vehicles and opening their current store in Oakville at 1151 South Service Rd. W where they now offer a full EV Service Centre.

In 2013 after visiting the small, tucked away Tesla display at the Toronto Auto Show, Paul signed up for a test-drive.  The rest was history.  Initially, the sheer performance and advanced technology of the vehicle are what drew him in, but now 8 years later and fully ingrained in Tesla culture and the EV revolution it's the goal of a green, emission-free future that is the driving force behind our mission statement:  To be the leading provider of electric vehicles by offering the best selection, quality, education, and support.

With a current team of sixteen employees, of which the last eight previously worked at Tesla, we are fully committed to and excited about the Electric Vehicle Revolution.

Read more about our vision and huge plans for 2020 here: Coming Soon 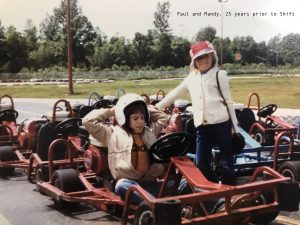